Lloyd K. Johnson, founder of the Foundation was born and raised in Grand Marais Minnesota. Graduating from Cook County High School in 1925, Mr. Johnson went on to receive undergraduate and graduate degrees from the University of Minnesota. After graduation, Mr. Johnson returned to the Grand Marais area accepting the position of Cook County Attorney. During this time, Mr. Johnson also began a successful real estate business with his uncle. Mr. Johnson then moved to Duluth Minnesota and with a partner began a law firm as well as a number of other businesses including the well-known and highly successful Superwood Corporation. In 1975, Mr. Johnson and his first wife Marion began the Lloyd K. and Marion Johnson Foundation awarding small grants primarily in Cook County as well as the Duluth area. Following Marion’s death in 1992, the Foundation’s name was changed to the Lloyd K. Johnson Foundation and annually provided funding to a number of projects in the Cook County and Duluth area. With Mr. Johnson’s passing in March of 2006, the Board of Directors of the Lloyd K. Johnson Foundation made the decision to hire its first Executive Director and to develop the Foundation’s grant making capacity towards significantly improving the quality of life for those living on the North Shore of Minnesota in the communities of Cook, Lake and southern St. Louis County.

Mr. Johnson loved the North Shore area, particularly Cook County where he was born and raised, and is remembered by those who knew him as a loyal friend, a man of great intellect, exceptional analytical skills, a good steward of his resources and a man of vision. 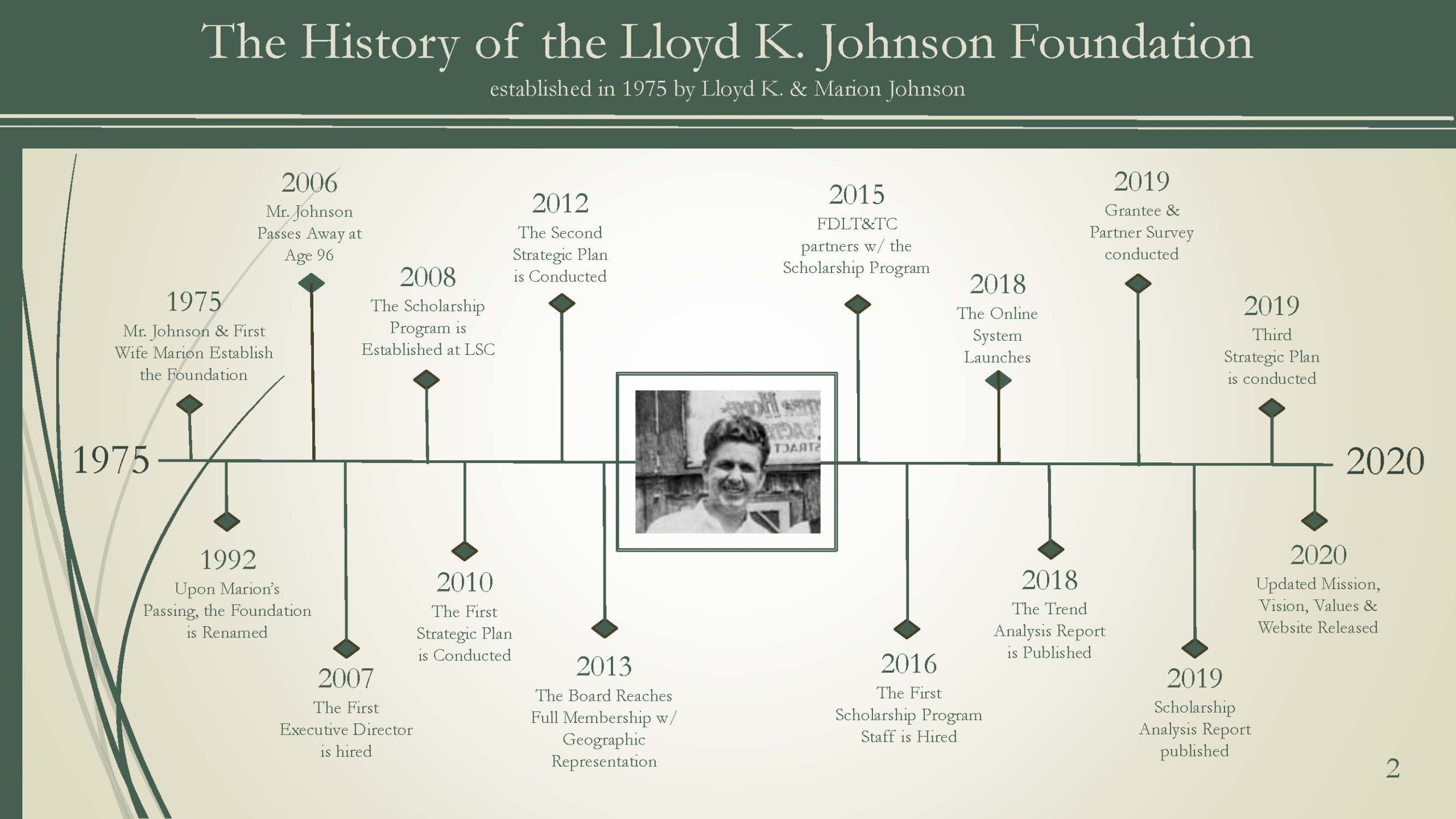